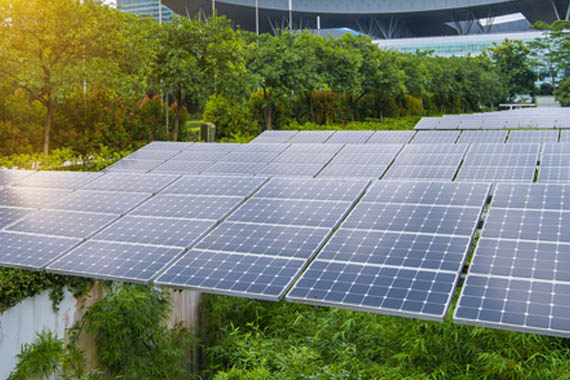 A solar Inverter is the core unit in a solar power system where the DC power from Solar PV is converted to AC power of standard voltage and frequency .

The Inverter is a normal inverter where Sinusoidal PWM switching technology is used to derive Sinusoidal output with least THDv and perfect regulation .The inverter switching by Mosfets or IGBTs depending battery voltage and Inverter rating .

As the loading on an Off Grid inverter varies 5% to 30% of rating ,to discharge the energy over 16-18 hrs in a day  by storage of  4kWHr/Kw of PV  in 4-6 hrs ,it is import the low load efficiency be high rather than full load efficiency to be high . 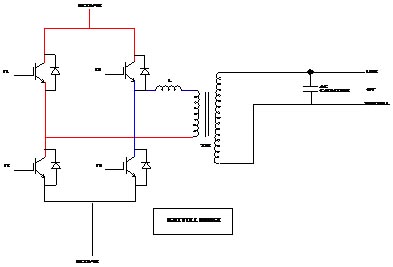 Unlike the battery discharge in Home UPS or IT UPS where back up need to be ½ hr to 2 hrs and again in an unlikely event of mains failures only ,here for Solar Power System the solar battery need to charge and discharge every day and 365 days an year .So ideal to keep depth of discharge for 50% on lead acid batteries .

The end cell voltage shall be decided based on 16 hr discharge at 50% DOD and shall be >1.9V cell for longer life . And load shall be re-transferred to inverter on charging >80-8%% of battery ,say 2.25V/cell.

It is ideal to have auto transfer to mains supply on inverter trip ,but charging from mains shall be inhibited and shall have an option to charge from mains on an unlikely event of full depth discharge during rainy season .

The PVs shall be type tested for IEC 61215 –design qualification and type approval ,IEC 61730-1,2 for electrical ,mechanical and operational safety requirements .

The battery shall be type tested for IS 1651 –Capacity test and endurance test . 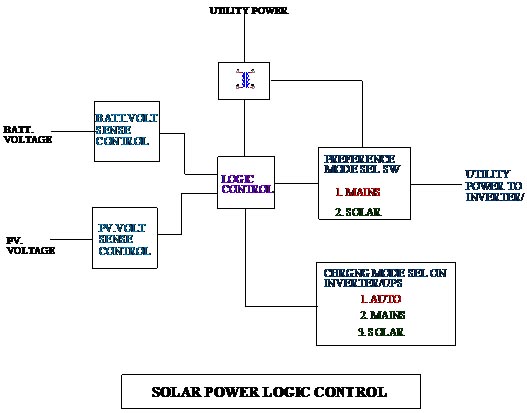 Grid Tie Inverter (GTI)is again and Inverter converting DC power from PVs to AC  and transferring same to Grid or internally consumed in conjunction with Grid .It is always tied to grid and that is why Grid Tied Inverter . unlike normal inverter or UPS inverter where is a voltage source inverter a GTI is a current source inverter and cannot stand itself its own to support the load .It is controlled by Grid –voltage ,frequency and phase angle as well as load  sharing .

The THDi of the GTI shall be limited <5% and shall have a frequency window 48-50.5Hz and voltage 180-250V L-N . The GTI controls each phase independently but get isolated on any of the phase deviates .

The Ant Islanding protection of GTI is of paramount important as on a GTI working as an island can damage the electrical equipments  connected as the voltage or frequency is not self corrected to standard value .

On an Grid failure by cable cut or isolation etc on an unlikely event of the GTIs capacity (single or multiple GTIs) shall be prevented to act as an island ,here the frequency drift mechanism acts upon if the passive protections fail and GTIs got tripped with 2 Second of grid failure .

GTIs are generally not galvanically isolated and share the mains neutral for sensing etc ,this neutral do not carry any load . The GTIs are working on a DC bus voltage rather than  PV voltage to get MPPT level by MPPT algorithm embedded in the controller .For lower Kva rating the PV DC is boosted to reach +400-0-400V bus and higher kVAs no need to boost .

For large KVAs more number of  GTIs shall be parralleled as String inverters and above 1000KVA generally go for a Central inverter where one inverter alone supply this load . The central inverter can be connected to MV transformer LV side and power directly transferred to 11Kv . 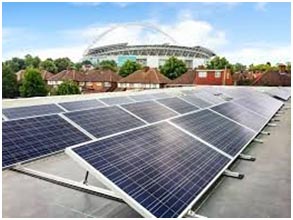 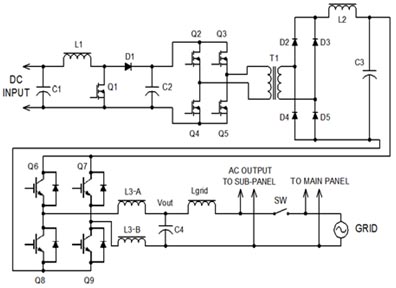 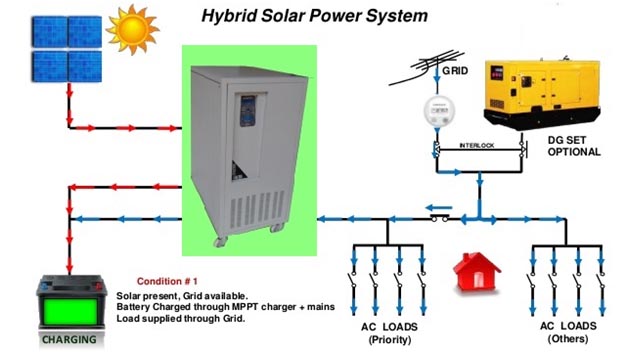 A grid interactive solar inverter which has battery storage. It can work as OFF GRID at same as Grid tied too on excess power to transport to grid 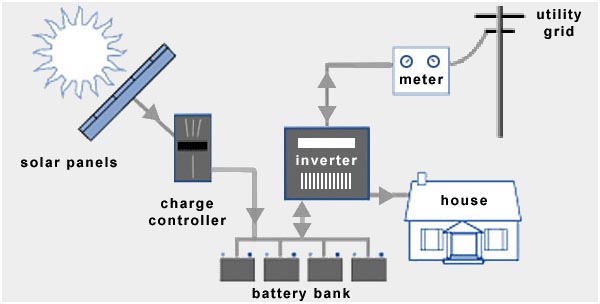 The introduction of hybrid solar systems has opened up for many interesting innovations. New inverters let homeowners take advantage of changes in the utility electricity rates throughout the day.

Solar panels happen to output the most electrical power at noon – not long before the price of electricity peaks. Your home and electrical vehicle can be programmed to consume power during off-peak hours (or from your solar panels).

Consequently, you can temporarily store whatever excess electricity your solar panels in batteries, and put it on the utility grid when you are paid the most for every kWh.

Smart solar holds a lot of promise. The concept will become increasingly important as we transition towards the smart grid in the coming years.

What is a Micro-Inverter? 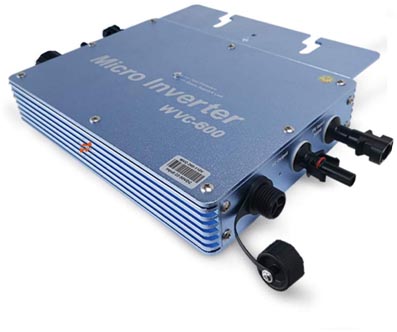 A micro-inverter converts power at the solar panel from DC electricity to 240v AC electricity and is attached to each panel in a solar system. As opposed to a conventional string inverter which is connected to a series or “string” of solar panels and converts the power from Direct Current (DC) in to Alternate Current (AC) electricity , for the solar system as a whole.

When a system owner switches off the circuit breaker in the main switchboard of a house or business, a micro inverter no longer sees mains power and it automatically switches off.

However the DC Voltage between the panels and the inverter is still live. In the case of a micro inverter, the Voltage is only 50V DC – Extra Low Voltage.

Typically several panels put in series to connect a single inverter to increase capacity of System and several such inverters can be connected to GRID in parallel .Rating 1-150Kw generally .for 1000KW System 10 nos 100Kw connected in parallel .

A single large inverter of 250KW or more ,available up to 5 Mw now .Functionally same of string inverter but generally connected to MV through a transformer .

Any question? Call Us